It’s May and the elegant Shad is moving up the River Severn in large numbers to spawn as they have for thousands of years. The arrival of the May fish (as it used to be known) was a big deal in centuries past and was celebrated by communities up and down the river. They not only saw the migration as a welcome sign of Spring but also as a vital source of protein after the hard winter months. Indeed, so plentiful was the Shad that their bodies were ground up and used as fertiliser as far up the river as Shrewsbury.

This remarkable abundance came to an abrupt end in the 1850s and was a direct (but unintended) consequence of the construction of four huge weirs on the River Severn in Worcestershire. Built to enable large commercial boat traffic to access the growing industrial markets of Birmingham and the Black Country, they also formed an almost complete block to the Shad trying to get upstream.

Within a few years of the construction of the weirs Shad had completely disappeared from the Severn north of Worcester.

And so it has remained. Every May a population of fish which has been overwintering in the salty water in and around the Severn Estuary make a dash for their freshwater spawning grounds until they bash their heads on Diglis Weir just south of Worcester. They can go no further. A few manage to successfully spawn just below the weir and around the confluence with the River Teme but decent habitat can be measured in metres rather than the many kilometres out of reach above the weirs.

Over the last 150 years the Shad has hung grimly on but thanks to a dedicated partnership of individuals and organisations which has been planning, persuading and plotting for years their fortunes may be about to change.

The Unlocking the Severn Partnership has been successful in putting together a £20 million funding package which will enable the construction of fish passes on all the major weirs on the River Severn (and Teme). This will open up 250km of river to the Shad (and all other fish). Enough for even the most discerning spawners!

The money is available as a result of generous and essential contributions from the European Union LIFE Fund and Heritage Lottery Fund as well as from Partnership members (Canal and Rivers Trust, Severn Rivers Trust, Natural England and the Environment Agency).

Shad at Tewkesbury migrating upstream – they won’t get further than Worcester!

Unlocking the Severn is an almost unique opportunity and has been described as the holy grail of fish passage in the UK. Because the Shad’s plight is purely the result of a physical block to migration and the huge area of excellent suitable habitat and good water quality upstream the partnership is very confident that once the passes are built fish numbers along the whole length of the river will recover very quickly.

Releasing a tagged Shad at Tewkesbury. May 2018

Similar projects involving fish passage and dam removal in other parts of the world have proved spectacularly successful. In Villaine in France five years after fish passes were installed the upstream Shad population went from none to thousands in 5 years and continued to grow to levels where commercial fishing is now allowed.

But Unlocking the Severn is as much about people as it is about fish. The chance to see a population of native species recover from zero to thriving within a few years is almost unheard of, certainly in the UK. The project will seize that opportunity and provide the opportunity for millions of people to share the journey through a combination of citizen science, local events and social media.

It’s also about reconnecting communities along the length of the river with their greatest natural asset. In centuries past people watched the natural cycles of the Severn with avid interest. A returning fish species, hopefully in huge numbers, provides a new and fascinating reason to do so again.

To start the public engagement process off, a series of fishy events was held along the Severn in April 2018. They were a massive success with thousands of local residents, school children and visitors enthusiastically taking part.

If the Unlocking the Severn final bid to Heritage Lottery Fund is successful work on the construction of the Severn fish passes will begin in 2019 and be complete by 2022.

Watch this space. And watch those Shad! 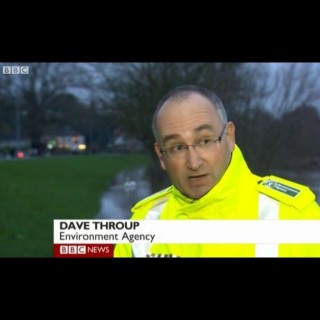